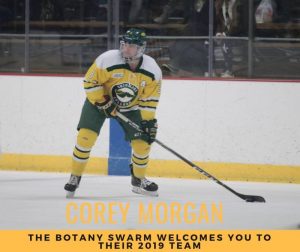 The Botany Swarm management and team warmly welcomes the following import player to their 2019 playing squad:

We are pleased to have you on board, Corey.