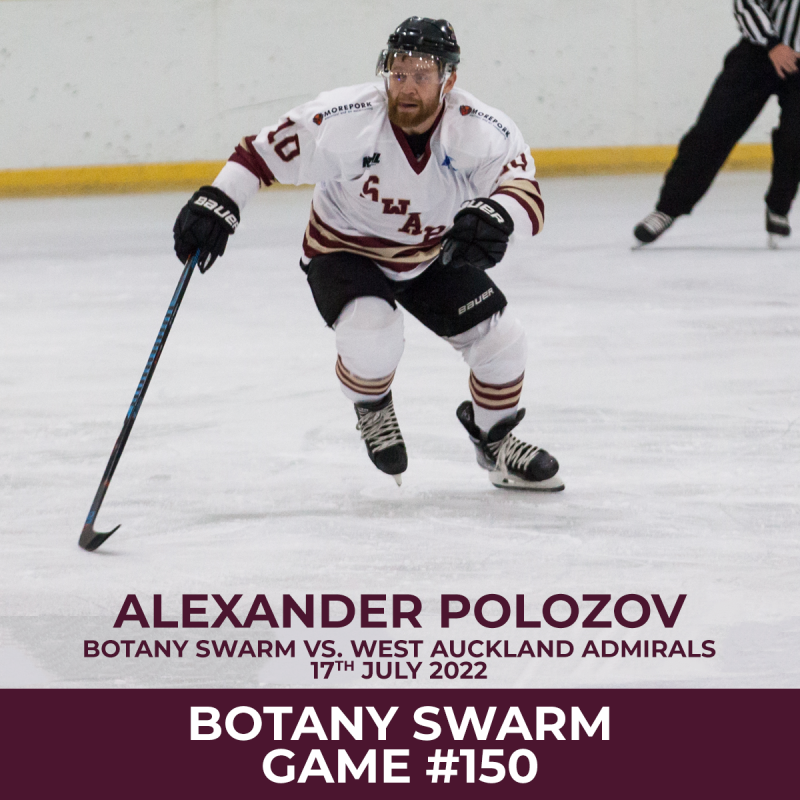 The match-up between Botany Swarm and West Auckland Admirals at The Hive this Sunday marks Alexander Polozov’s 150th Swarm game.

Alex first arrived in New Zealand in 2010, several weeks after having watched the Ice Blacks compete at the World Championships in his native Estonia. He certainly brought a high hockey pedigree with him when he joined the Swarm that year, having previously represented Estonia at both junior and senior levels, including several seasons of high-level club hockey in neighbouring Finland.

He made an immediate impact in the NZIHL, playing an integral part in the Swarm’s back-to-back Birgel Cup wins in 2010 and 2011. Alex was named NZIHL Finals MVP in 2011, Swarm MVP in 2012, and has consistently been one of the Swarms’s top pointscorers year after year. Now in his 12th NZIHL season, Alex sits 2nd overall in total goals, assists and points for the club. After gaining NZ citizenship in 2017, Alex has also represented the Ice Blacks in three World Championships and three series against Australia.

In his spare time you’ll find Alex catching waves at Piha beach, carving the slopes at Snowplanet, and being a supportive hockey dad.