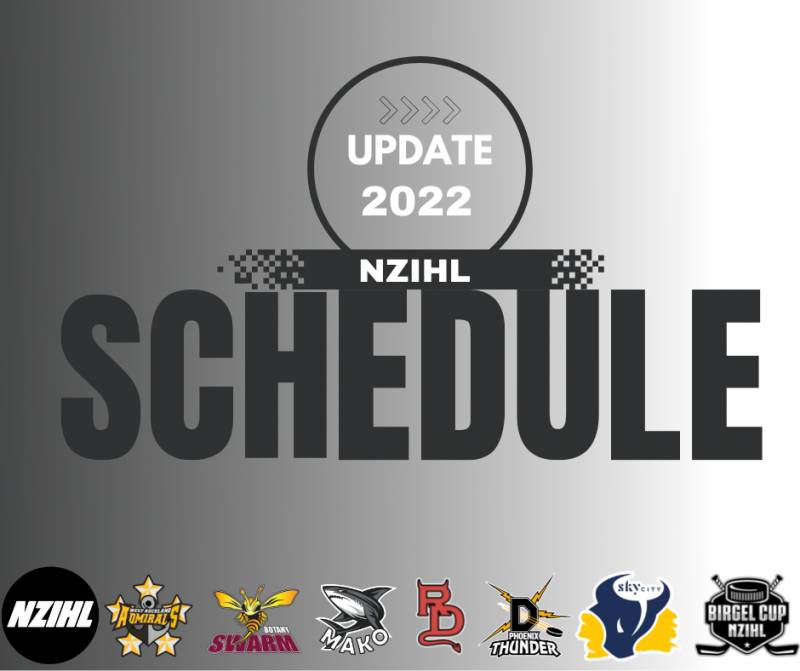 The New Zealand Ice Hockey League today announced changes to its schedule for the 2022 season, in response to the challenges associated with the growing presence of Omicron in the community.

In consultation with the NZIHL teams, the New Zealand Ice Hockey Federation convened a sub-committee to review the impact of the growing presence of Omicron throughout New Zealand and the Government’s
100 person spectator limit for events would have on the league. The sub-committee determined that the financial repercussions of games played during the ‘100 person spectator limit’ would be significant. Additionally, the risk to athletes playing when daily COVID-19 cases are forecasted to be still high would pose substantial logistical challenges. The modified schedule will now begin with several rounds of local island travel games only – North Island teams playing against North Island teams and South Island teams playing against South Island teams only.

These changes will significantly reduce the cost to the league and negate the risk of inter-island travel. The season will return to our standard format from 23 July, with teams resuming nationwide travel at this point.
We hope that by delaying the season start, New Zealand will be at a point in its COVID-19 response where games will be able to take place without spectator limits. However, if the limits remain in place, we are still
committed to pursuing a complete 2022 NZIHL season. Any games held under a Government mandated spectator limit will go ahead, with the NZIHF providing financial support to each team to ensure they are
viable. Additionally, all games will be livestreamed, allowing fans access to their favourite teams.

The full Botany Swarm game schedule can be located on our “Schedule/Results” page. Take note of the dates and make sure that you free up your calendar to get down to The Hive to support your team.