We welcome any queries regarding playing for the Botany Swarm during the 2020 season.

We are looking for talented hockey players who have played Major Junior, USports, NCAA or professionally in North America or Europe, who want to be based in New Zealand’s biggest city and experience what the country has to offer.

Players, coaches and administrators of the Botany Swarm and other New Zealand Ice Hockey League (NZIHL) teams are not paid for their participation. 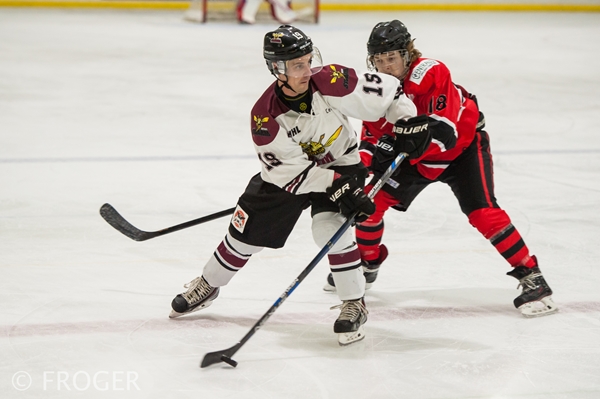 We will help you to:

You will need to:

We will pay for:

The Botany Swarm team comprises of the best hockey talent in East and South Auckland and the recruitment of well-credentialed import players, helps raise the talent base of the team. Balancing this recruitment is a commitment to fostering and developing young local players.

Playing for the Botany Swarm

The team comprises local players and import players from North America and Europe and has built up a strong core of sponsors, members and supporters.

We are focused on creating a talented local player base complimented with strong imports with the goal of securing a fifth Championship.

If you are a talented team oriented player, then we look forward to hearing from you.

What to expect from Botany Swarm

We can promise you, that if you are successful in making the team, you will be playing with a great bunch of players at the highest level New Zealand has on offer. We play two pre-season exhibition games, 16 regular season games - eight home and eight away, and then the finals. You will fly for the two-game series in Christchurch, Dunedin and Queenstown during the regular season.

So, you can look forward to 18 weeks of good fun, hard work, great hockey and building incredibly strong friendships.

In 2020, the Botany Swarm will be signing four imports:

All overseas players playing in the NZIHL must have an International Transfer Card. The Botany Swarm will pay the ITC transfer fee for all signed imports.

The rink is an Olympic sized ice pad 60m x 30m and IIHF certified. Paradice arena is a state-of-the-art complex that provides players with the best facilities both on and off ice.

Auckland has two ice rinks. Paradice Botany is on the eastern side and approximately 20 minutes from the centre of town.

If you intend to play for Botany Swarm, there are a few things you need to know.

The NZIHL is an amateur league, observing NCAA guidelines. No one at Botany Swarm, on or off the ice, gets paid.

Every member of the squad, will have to compete for a roster spot based on merit. We can only dress three imports per game.

In terms of standard, the level of play in the NZIHL has improved a substantially since inception in 2005. In the past, teams had imports that have played single A professional hockey, but will as the standard continues to lift will be looking for players from a higher levels.

You can see examples of Botany Swarm and NZIHL games on the NZIHL site - https://www.youtube.com/nzihl 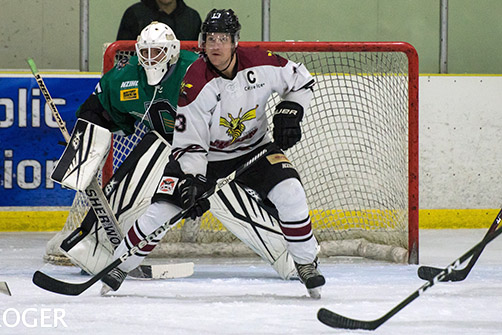 New Zealand is the best holiday spot in the world, according to Britain's Daily Telegraph. Auckland has been ranked the third most liveable city in the world by the Mercer Quality of Living Survey. Auckland boasts a thriving outdoor culture, a vibrant nightlife, a high but affordable standard of living, and a bumper economy.

The sporting capital of New Zealand, Auckland is relaxed, friendly and community focused. Many players take off on day and overnight trips around the North Island from this central base.

Over the last few years Canadian, American and European players have found Aucklanders to be very friendly and the city a safe place to live, work and play. If you want to visit New Zealand, Australia and the South Pacific Islands, then Auckland is the best place to be based.

To find out more about Auckland and New Zealand visit www.aucklandtourism.co.nz or www.tourismnewzealand.com.

What you need to prepare

If you interested in applying for an import player position on the Botany Swarm roster please email your application to our hockey operations staff - info@botanyswarm.co.nz

You should also include:

Botany Swarm will advise successful applicants as soon as practical.

Once you know you are coming to Auckland you will need the following:

We recommend a working holiday visa option. You can also come as a student if you are studying at one of Auckland’s educational institutions.

You should check this information for yourself at www.immigration.govt.nz/new-zealand-visas/options/work

You should understand that Botany Swarm would be unlikely to sign you if you are not able to work during your stay in New Zealand.

You should also arrange a medical certificate confirming that you are fit to play hockey at an elite level.

Come to Auckland and have a great experience that you will remember for the rest of your life.

If you would like a unique experience visiting and playing hockey in New Zealand for Botany Swarm and would like further information, please contact us by email. We look forward to meeting you in 2020.