The match-up between the Botany Swarm and West Auckland Admirals at The Hive this Saturday marks Swarm defenseman Remy Sandoy’s 150th NZIHL game.

Remy made his debut for West Auckland Admirals as a 17-year old in 2010. After one season out west, Remy moved to Otago and played for Dunedin Thunder for 4 years whilst studying, reaching the NZIHL finals in consecutive seasons in 2013 and 2014.

Remy moved back to Auckland in 2015 and rejoined the Admirals before heading over to Sydney and playing one season for Sydney Ice Dogs in the AIHL. Another season with the Admirals on his return culminated in another NZIHL finals appearance before he joined Botany Swarm in 2018. He played an integral part in helping the club reach the playoffs in 2019, ending an 8-year playoff drought for the club.

Remy is an offensive defenseman who is not afraid to throw his big frame around. Interesting fact – he technically travels overseas for every single practice and game, being a resident of the gorgeous Waiheke Island. When he’s not at the rink or flipping patties at his burger joint Too Fat Buns, you’ll find him walking his dog Harvey along Palm Beach or doing a spot of fishing in the Hauraki Gulf. 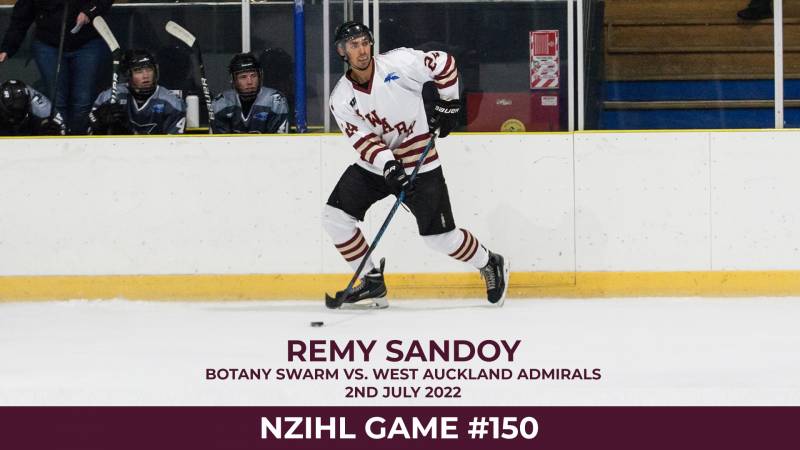